Some of my favorite writers are tied to places, small places that are usually overlooked in the larger literary landscape. I’m not sure why that’s the case, but I seem drawn to writers whose literary imaginations are rooted in out-of-the-way locations, places that are real but that are also more deeply felt and imagined in literature than in real life.

One of those writers is the twentieth-century novelist Thomas Wolfe, whose sprawling novels and stories were largely autobiographical, tied to his own experiences growing up in Asheville, North Carolina. Wolfe’s novels are out of style these days—unfortunately, in my view—but Wolfe’s rambling prose captures something essential and powerful about his days as a boy in Asheville. Even a cursory dip into the pages of Look Homeward, Angel reveals a time and place rich with smells and sounds and a vivid sense of a world that once was and is now lost. 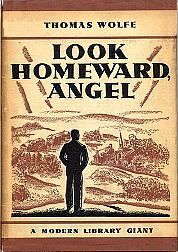 I grew up in East Tennessee, just over the mountain from Asheville, which helps explain my interest in Wolfe and his novels. To me, there is something special about reading the words of someone from your town or region. It’s a romantic notion, I admit, but those writers breathed the same air I did, drank the same water, walked the same streets. They were here, in this place, like me. When I traveled to Asheville as a college student, I walked through Wolfe’s neighborhood, fully aware that the great writer himself once walked those very streets.

My English teachers—bless them!—introduced me to Wolfe and other local writers, including people from my hometown who had published books in New York. I was thrilled. In my innocence, I did not think it was possible for a small-town writer to ascend to such literary heights. But once I grasped this idea, I came to see that Johnson City, Tennessee, my hometown—this obscure corner of the world—could be the foundation for a fully-realized life, in literature and in fact. This place and thousands of other places in America and across the world could be imagined in ways that emphasized their unique qualities. The very act of writing about such places was ennobling in a way—almost sacred. Telling the stories of the people in such places was a creative act that gave meaning to the ordinariness of life. Asheville came alive in Wolfe’s stories, and even my own modest town became something greater when it was imagined for the printed page.

I was reminded of these ideas this fall as I re-read Sue Monk Kidd’s novel The Secret Life of Bees, a book that got its start as a short story by the same name in Nimrod. Kidd sets her book in rural South Carolina, mostly in a town called Tiburon. This is a fictional town—I checked—but Kidd makes it seem real. The novel is set in 1964. When Lily, the main character, walks down Main Street in Tiburon, she passes the drugstore with its “soda fountain with chrome trim, where they sold cherry Cokes and banana splits. . . .” She walks past the insurance agency and the county rural electrical office and the dime store with “Hula Hoops, swim goggles, and boxes of sparklers in the window with SUMMER FUN spray-painted across the glass.”

For readers of my generation, these details gave Tiburon a kind of authenticity. It was a place I recognized and wanted to visit. I wanted to see the pink house, home to Kidd’s fictional sisters, May, June, and August, and the honey house out back where Lily and Rosaleen found refuge. As I read Kidd’s words I found myself more than once wanting to get in the car and drive to South Carolina to see Tiburon and the other places that inspired her. The places she imagined, like Thomas Wolfe’s Asheville or my own Johnson City, are small but vital places where ordinary yet amazing people carry on and endure, come what may.

John Coward teaches media studies and journalism at The University of Tulsa. He is a member of the Nimrod Advisory Board and the author, most recently, of Indians Illustrated: The Image of Native Americans in the Pictorial Press (University of Illinois Press, 2016).

One thought on “On Place, Memory, and Meaning”