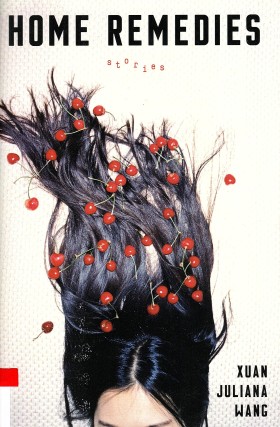 Xuan Juliana Wang’s first collection of stories, Home Remedies, brilliantly illuminates the experience of Chinese youth caught in the fervor of modern life. An award-winning author, Wang came to Los Angeles with her family when she was seven, and the complexity generated by this dual background informs her work in this collection. Her stories, set in both the United States and China, dig deeply into the ambiguous lives of children caught in both worlds. Wang divides her work into three sections titled “Family,” “Love,” and “Time and Space.”

In “Family,” different generations clash as the world grows more global and the values and vices of America and the West permeate Chinese culture. Children and parents find themselves on different sides of a vast cultural barrier as children attempt to enter and navigate the newer world. In the striking final story of this section, “For Our Children and for Ourselves,” Xiao Gang finds himself leaving his factory job in rural China to become the son-in-law of a successful businesswoman in America. The catch: his wife, Melanie, has cognitive disabilities. Love and marriage, the basis of a family, are transformed into business transactions. Xiao Gang gets wealth in exchange for being his wife’s caregiver. He gets the American dream in material ways, but he loses connection with his family in China.

The next section, “Love,” opens with the story “Fuerdai to the Max.” In this story the narrator and his friend Kenny have recently fled the United States for China after they and others assaulted a classmate. They use their wealth to shield themselves and seek distraction in nightclubs. They blame another, poorer classmate for the assault. However, back in China they realize they have not escaped. Their families are disgraced by their actions, their squandering of opportunities.

Wang tells a story through definitions in “Home Remedies for Non-Life-Threatening Ailments,” in which the narrator searches for love and connection as a means of resolving feelings of brokenness and sadness. She is able to find solace only when she floods her mother’s house, breaking the monotony of her mother’s life and forcing a connection between them because “something exciting has happened” (108). The bleak suggestion is that human connection often stems from disruption and disaster.

The characters in Wang’s collection are unmoored by technology, immigration, and social changes, particularly in the final section, “Time and Space.” In “Algorithmic Problem-Solving for Father-Daughter Relationships,” a former computer scientist at Heilongjiang University realizes that, though immigration and the generational divide are the cause of his estrangement from his daughter, he cannot create an algorithm to bridge the space between them. The story ends with a sense that reconciliation is uncertain because he and his daughter are fundamentally different beings.

Dipping into magical realism, “Future Cat” presents a discouraged writer, Maggie, who discovers that her new wine ager can age anything. Drifting and purposeless, Maggie turns the ager on herself. It is only then, as she collapses space and time around herself, that she finds a sense of meaning and hears “life calling for her” (208). Whether or not Maggie will escape in time to make use of this new insight is left uncertain.

While reading this collection, my thoughts kept returning to the title. Where are the remedies? Where is home? Wang does not have definite answers. Her characters are constantly gazing into the future while simultaneously looking backwards at what they have lost. In the final story, “The Art of Straying Off Course,” a recent divorcee imagines vacationing in space with her daughters in the future. In the last sentence, she looks back to see, “through the windows, all the places I am trying to leave behind. All that wonderful chaos, horizontal, never-ending” (223). Perhaps home is an unstable concept, be it in the past or in the future. Maybe all we can do is keep moving forward while trying and failing to understand where we came from and who we truly are.

Originally hailing from Colorado, Helen Patterson is a graduate of The University of Tulsa. She works at the Tulsa City-County Library, writes literary horror, and loves a wonderful Okie boy.