It’s hard to believe, but I’ve probably seen The Shawshank Redemption 100 times. Maybe more. Often in bits and pieces. I didn’t have a chance to see the film in the theater; honestly, I don’t know many people who did. While it was nominated for several Oscars, including Best Picture, it wasn’t a huge hit right out of the gates. My first experience with Shawshank came on a rainy day when I was home sick from school. A rented VHS copy sat atop the entertainment center. Not having much else to do, I cracked open the clamshell Blockbuster case, popped in the video, and took the ride. I was 14 years old.

As you probably know, in the more than two decades since, the film has become a true classic, eternally re-watchable. It’s probably playing on at least one channel right now, if not more. But it wasn’t until a few weeks ago that I took the time to rewatch it from beginning to end. By the time the credits began to roll over the crystal-clear waters of Zihuatenejo, Mexico, I was in a state of awe and utter confusion.

You know the ending: Tim Robbins’s character Andy crawls through sewage to freedom. Red, portrayed by Morgan Freeman, is left behind until he’s paroled and reintroduced to the world. He doesn’t think he can take it. But he has made a promise. The film ends with Red violating his parole, buying a bus ticket, looking wistfully out the window as the bus moves down the road, and then, finally, Red and Andy reunite on the beach. Roll credits.

It’s all wrapped up tightly, perfectly. But what if that final scene on the beach was only in Red’s mind, was his dream of what might happen? After all, the “redemption” of the title isn’t about Andy Dufresne; he was innocent. No redemption needed. Red, on the other hand, was a murderer.

I went back to the source, the novella called “Rita Hayworth and the Shawshank Redemption,” from Stephen King’s collection Different Seasons. I was certain I’d read it before. In fact, I distinctly remember buying a copy as a kid, more eager than ready to read adult fiction, probably inspired by my love for Stand By Me, the film inspired by King’s story “The Body.” 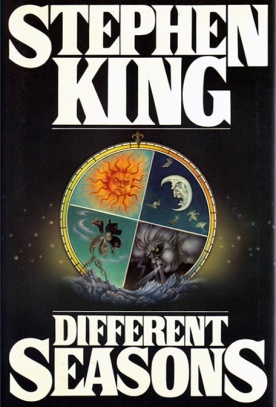 The novella ends with the same text used for Red’s final voiceover:

“I hope I can make it across the border. I hope to see my friend, and shake his hand. I hope the Pacific is as blue as it has been in my dreams. I hope.”

Some strategic Googling soon revealed that the film’s director, Frank Darabont, initially refused to shoot the beach scene, wanting to keep the story as King intended. In the end, it doesn’t really matter if Red and Andy reunite. It only matters that Red believes they will, that he hopes.

It’s a thrilling feeling, that moment when something you think you know becomes new again, becomes alive. Films, stories, poems—these things don’t change over time. We do.

Jeff Martin, Nimrod Advisor, is the founder of the Tulsa Literary Coalition’s BookSmart Tulsa, an organization that brings numerous acclaimed authors to Tulsa every year.